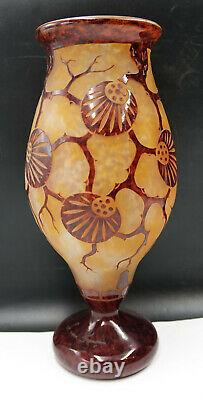 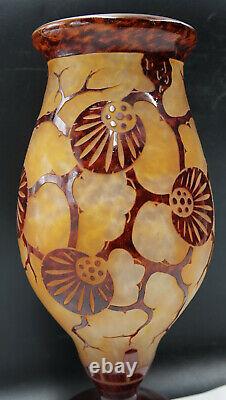 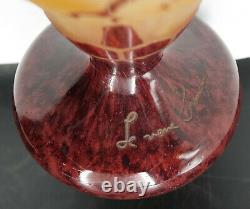 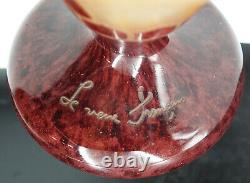 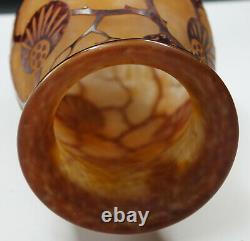 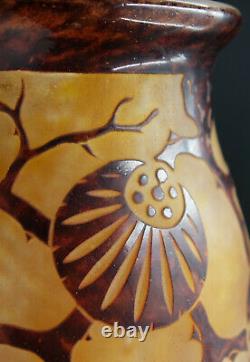 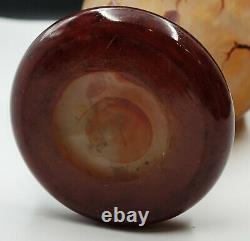 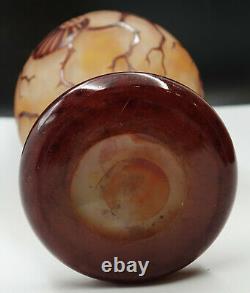 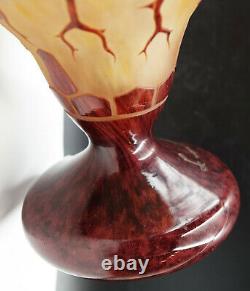 Exceptional ART DECO cameo glass vase designed by Charles Schneider for Le Verre Francais c. Is replicated on all sides of the vase.

This is a very elegant vase that measures. 35 cm high by 17,5 cm wide. An absolute most for collectors!

Charles and Ernest Schneider were a generation younger than Emile Gallé and the Daum brothers, whose glassworks were in the same area of France. The Schneider brothers worked for Daum from the early 1900s, Ernest as a salesman and commercial manager, and Charles as a freelance designer. The brothers left Daum around 1912, and re-commissioned an old glassworks under the name Schneider Frères et Wolff, a few miles north of Paris in 1913. Henri Wolff was an architect friend of Charles Schneider. Initially the Schneiders made high quality cameo vases and lamps, but in 1914, Charles, Ernest and most of their skilled glassworkers were led away to fight in the war.

At that time the company was called the Societé Anonyme des Verreries Schneider. Charles Schneider was a brilliant and versatile designer, and the company produced a wide range of superb designs of vases, ewers, bowls, and lamps. They were very successful in marketing their glass to prestige retail stores both in Paris and overseas. They bought back their shares and re-named the company Verrerie Schneider. Virtually all their pieces are marked with the name Schneider or with one of their other trademarks, which include "Charder", "Le Verre Français", "Verçais", a two handled ewer sketch, and a piece of blue, white and red glass cane. We try to present the merchandise as accurately as possible. The presentation is based on the information available to us and to our knowledge. The item "FRENCH ART DECO Charles Schneider Epinettes Le Verre Francais Glass Cameo Vase" is in sale since Friday, November 6, 2020. This item is in the category "Pottery & Glass\Cookware, Dinnerware & Serveware\Plates". The seller is "brandsdeluxe" and is located in Hollywood, Florida.