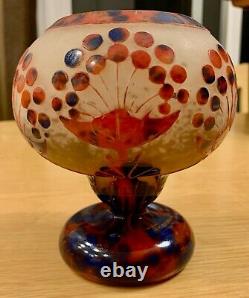 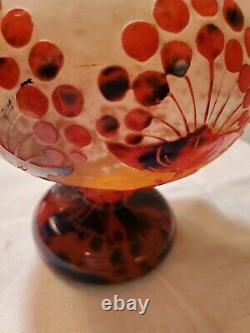 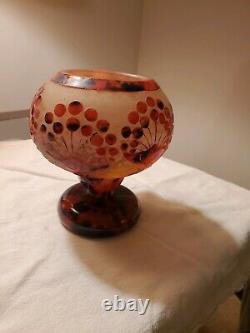 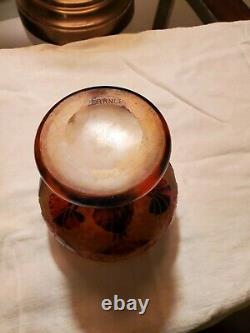 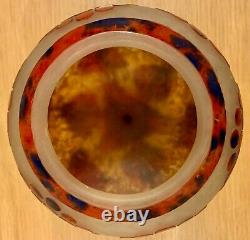 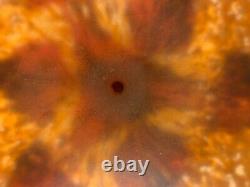 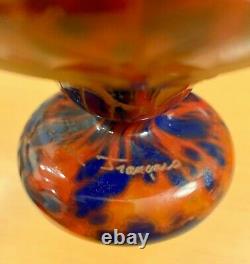 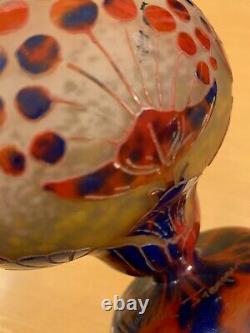 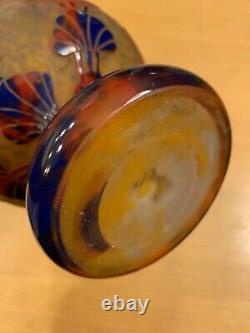 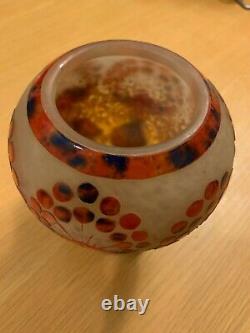 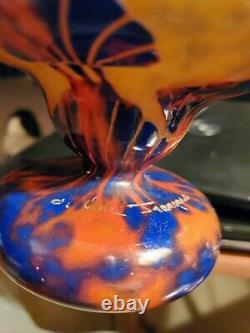 Charles and Ernest Schneider were a generation younger than Emile Galle and the Daum brothers, whose glassworks were in the same area of France. The Schneider brothers worked for Daum from the early 1900s, Ernest as a salesman/commercial manager, and Charles as a freelance designer. The brothers left Daum around 1912, and recommissioned an old glassworks under the name Schneider Freres et Wolff (Schneider Brothers and Wolff), a few miles north of Paris in 1913. Henri Wolff was an architect friend of Charles Schneider. At that time the company was called the Societe Anonyme des Verreries Schneider. Charles Schneider was a brilliant and versatile designer, and the company produced a wide range of superb designs. They were very successful in marketing their glass to major high prestige retail stores both in Paris and overseas. They bought back their shares and re-named the company Verrerie Schneider.

The depression in the 1930s was a major setback for Schneider's, because their USA market collapsed for them. Their successful but long-drawn-out court case against David Gueron (DEGUE glass) was also a source of hardship for the company in the early 1930s. And their superbly colored glass went out of fashion in France. At the start of the Second War in 1940 the invading German army dumped the contents of the glassworks, destroyed many of their records, and turned it into a brewery.

The Cristallerie Schneider operated until 1957, when the works was destroyed by an explosion, and during that time they produced some beautiful lines in lead crystal blown glass, often with random internal bubbling. In 1957/58 Charles Schneider Jr.

And his brother Robert Henri built another new glassworks, naming it Verrerie Schneider. They made Schneider Art Glass until 1981 by which time they had both retired and they closed down the company. Virtually all Schneider pieces are marked with the name SCHNEIDER or with one of their other trademarks, which include "CHARDER", "Le Verre Francais", a two handled ewer sketch, and a piece of blue, white and red glass cane. Le Verre Francais was the name used by the Schneiders for a special line of 2 or 3-layered cameo glass vases, bowls, ewers, lamps etc. In a style which combined art deco and art nouveau features.

Charder was the name applied to some items of Le Verre Francais designed by Charles Schneider. It is a name made from the first part of Charles (CHAR) and the last part of Schneider (DER). Red, white and blue cane Sometimes as a patriotic gesture, the signature on a Schneider cameo piece was replaced by a tiny piece of red, white and blue glass cane set into the glass.

France If the word "France" appears as part of the Schneider signature, this indicates a piece made for export. The item "Art Deco Antique Vase, Schneider glass, Le Verre Francais" is in sale since Thursday, July 8, 2021.

This item is in the category "Pottery & Glass\Glass\Art Glass\French\Other French Art Glass". The seller is "macaroni3432" and is located in Denver, Colorado. This item can be shipped to United States.